The moment you hear the word “orchid”, you have an immediate vision of an exotic exquisite flower being presented to a dainty young maiden, getting ready for her first prom. This particular word has become synonymous with grace, class, and luxury. And they are not as rare as they are supposed to be, even if they come in the “expensive desirable item” category.

There are 20,000+ species of orchids growing all over the world. Most of them have not been classified at all and many species are still being discovered in remote corners of the earth, and their classification being debated by botanists all over the world today!

Ever since orchids became a rage in the 19th century, with horticulturists growing them in hothouses and experimenting with them, more than hundred thousand cultivars and hybrids have sprung up from the original 20,000 varieties and species. So that is how Vanda, Cattleya, Dendrobium, and other popular orchid specimens came into the public eye and social usage.

Apart from the colorful and fragrant flowers, the leaves of many varieties are also considered to be ornamental. These leaves are perennial and they are going to live for a number of years. On the other hand, there are other varieties which are going to develop new leafy outgrowths, after shedding the old leaves every year.

The ornamental leaves of Macodes sanderiana, which is a species which can be found clinging to rocks instead of growing on the branches of trees has thin veins of gold and silver on the green leafy background. This is quite an unusual natural phenomena, and other orchid varieties also have mottled leaves due to the uneven distribution of pigmentation and chlorophyll. 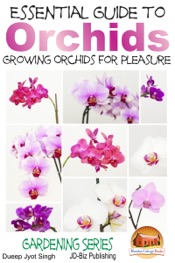