In 1863, Banting wrote a booklet called Letter on Corpulence, Addressed to the Public which contained the particular plan for the diet he followed. It was written as an open letter in the form of a personal testimonial. Banting accounted all of his unsuccessful fasts, diets, spa and exercise regimes in his past, then described the dietary change which finally had worked for him, following the advice of a physician. Banting's work influenced contemporary physicians and scientists investigating low-carb diets. Banting has become the new healthy eating trend. Low carb high fat eating is becoming a way of life for many. We have collected some scrumptious recipes for you to enjoy. 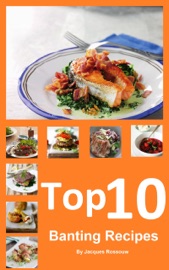